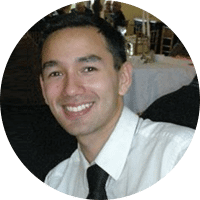 Alexandre Ismail is the Director of Technology and Media School in New York City, a member of IONIS Education Group, a leader in private higher education in Europe. Alexandre, who is fluent in both English and French, is a graduate from Sup’Biotech, a IONIS School where he subsequently worked for years and managed student teams. He also is Designated School Official (DSO), responsible to guide foreign students through the visa application process.

Alexandre’s passion for new technologies allowed him to acquire a strong background in software and digital communication.

Alexandre obtained a Ph.D in molecular modeling of proteins at the College de France in Paris, a Nobel Prize-winning institution, (Universite Pierre et Marie Curie), a master’s degree in biotechnology from Universite d'Evry near Paris, and a bachelor's degree in biochemistry from Hunter College in New York City. 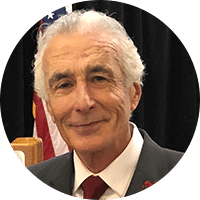 Tom Brownlie is Principal Designated School Official (PDSO) and, as such, is dedicated to assisting foreign students obtain their M-1 visas for the Technology and Media School’s program they have been accepted to. Tom also is the main point of contact with Homeland Security’s Student and Exchange Visitor Program.

With a strong professional background in the broadcast industry, Tom founded The New School Center for Media in Albany in 1973 and its sister school, Technology and Media School in New York City in 2018. While technology evolved, Tom’s goal has remained the same: guide students toward a career in new media. 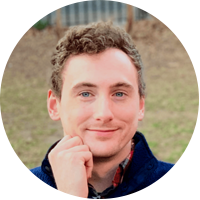 Conor Tracey is the Technology and Media School's Web Design Instructor. Mr. Tracey graduated from the University of Oregon with a B.S. in Computer Science. While at school, he acted as a Teaching Assistant and tutor, and gained a love of teaching. After graduating, Mr. Tracey began finding some success as a freelance web designer, and decided to focus more on media than technology, though he still enjoys programming in his free time.

After moving to New York, Mr. Tracey decided to find a way to pursue a career as an educator. This pursuit brought him to the Technology and Media School where he's proudly served since 2019. 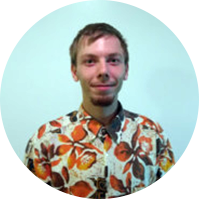 Truro Hawkins grew up in California, where he studied computer science and worked as a teacher for many young programmers.

Mr. Hawkins has the experience of working with and teaching people of different backgrounds. His credo is that if you cannot connect with a student you cannot teach a student. Setting up personal and unique channels of communications between a student and their teachers and the rest of the class is crucial for all of us to succeed in the classroom.

Enrollment is closed at this time
MENU